The Role Of A Vet Tech In A Natural Disaster

A natural disaster, whether localized or widespread, can cause tremendous suffering, not simply among humans, but also among domestic pets and production animals.

Especially in the aftermath of major disasters such as Hurricane Katrina and Superstorm Sandy, the importance of providing support and veterinary services to these animals has become clearer than ever before.

In this field, veterinary technicians can play a vital role in assisting emergency responders, pet owners and other individuals protect their animals from the consequences of a natural disaster.

The Problem of Pets in a Disaster 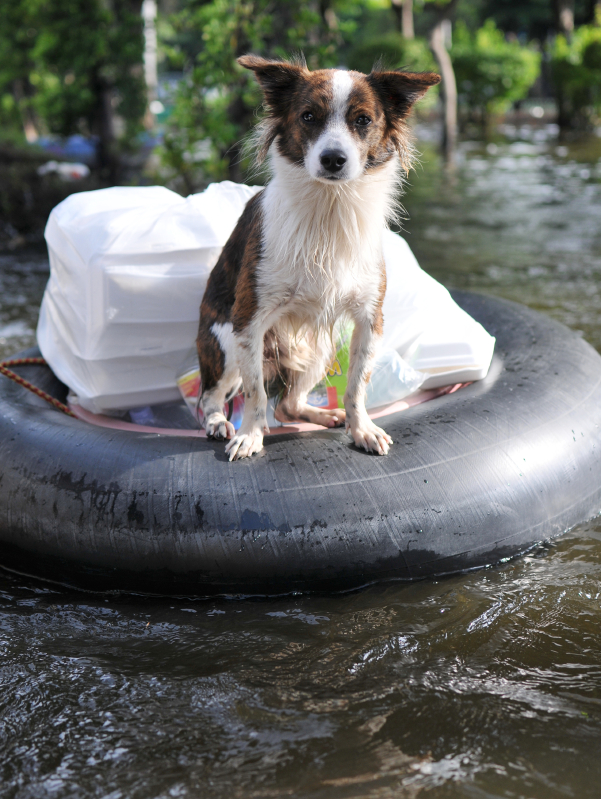 Natural disasters often result in a large number of lost or injured pets. In addition, many families fail to prepare to support their pets if they are forced to relocate due to the disaster.

Natural disasters can result in the following pet related issues:

In addition, many families may refuse to leave the area if they cannot guarantee the safety of their pets. This has resulted in a number of tragedies where individuals who choose to remain behind to protect their animals were killed or injured by the disaster.

This can be especially common in fast moving natural disasters such as fires or tornadoes, where there may be little or no time to evacuate by the time the danger becomes clear.

The Role of Veterinary Technicians in a Natural Disaster

In many cases, veterinary professionals such as vet techs may be part of the disaster relief process. Vet techs that live in the area are often as badly impacted by the disaster as other individuals are and so cannot provide veterinary services until the disaster has passed.

Veterinary techs may provide a number of supportive services for these teams, local disaster relief agencies and private veterinary practices. They will assist with emergency first aid for critically injured animals, seek to identify stray animals and work to help families care for any animals that they have removed from the disaster areas.

Vet Techs and Other Agencies

Major disaster relief organizations, such as the Red Cross, have acknowledged the need to provide rescues and relief services for pets during and after a natural disaster. In many cases, veterinarians and vet techs alike will service as volunteers with these organizations, using their skills to protect the health and life of America’s beloved companion animals.

In addition to assisting to pet owners and their animals, these vet techs may also work with animal rescue teams, for example by providing supportive care for the rescue dogs that are used to locate humans who are trapped under rubble.

This can be especially important due to the potential for injury to those rescue dogs who are working in rubble that can include broken glass and other sharp objects.

Even after the immediate effects of the disaster have passed, vet techs may still be called upon to help pet owners recover from the long-term effects. In many cases, a natural disaster will result in the destruction of many homes and local pet care facilities.

Because of this, stray, homeless and injured animals may be transported to other facilities outside of the disaster area. In this case, the vet tech will be working in a traditional setting instead of in the field, but his or her contribution will be no less valuable.

One common issue that will arise after a disaster is the need to reunite lost pets with their owners. Many frightened pets may travel a great distance before being recovered, and vet techs, both in the disaster area and in the surrounding regions, must be prepared to identify these lost animals in order to reunite them with their owners.

While the rising use of microchip ID systems has made this task easier, in many cases the vet tech will have to rely on physical tags, photos, or a written description of the animal. In addition, the owners themselves may have been rendered homeless, making it difficult to easily contact them.

Finally, there is a rising understanding of the need to prepare in advance for a natural disaster. Many vet techs will work with other veterinary professionals to help families develop a disaster plan that includes provisions to protect their pets.

In many cases, the vet tech will help develop a plan that includes the following:

By providing this assistance, the vet tech can help a family prepare themselves for the possibility of a local or regional disaster in such a way as to maximize their pet’s chance of survival.

Preparing for a natural disaster is a subject that many individuals avoid. However, by working with veterinarians and other professionals to provide high quality disaster relief and mitigation services to pet owners and their beloved companion animals, a vet tech can play a vital role in preparing for a disaster, caring for animals during a disaster and helping to reunite pets with their owners in the aftermath of the disaster.