Animal Care Specialists In The Army

Animal Care Specialists In The Army and Army Veterinary Technician

The United States Army provides veterinary care services for all of the other armed forces, in addition to a variety of civilian groups. Because of this, individuals seeking to care for animals often choose to join the Army in order to take part in the Army’s animal care specialty.

In addition, this can be an excellent decision for those individuals who are seeking an education in order to position themselves to become a civilian veterinary care technician. 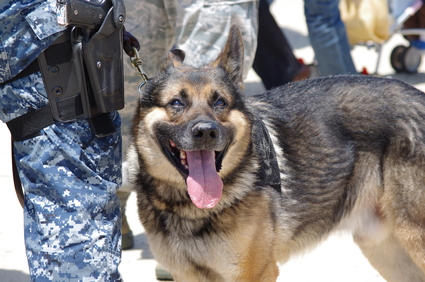 Army animal care specialist have a wide range of responsibilities. They work with military animals such as guard dogs and bomb sniffing dogs, ensuring that they remain healthy and capable of carrying out their duties.

Usually, this work is done in partnership with the animal handlers who work with their dogs in the field.

In addition, animal care specialists work with ceremonial horses and other non-combat animals, in order to ensure that they are healthy at all times.

This can take them to a wide range of places, for example national cemeteries when a horse team is called for in order to serve at a funeral. In many cases, animal care specialists will find themselves travelling to where they are needed, often at very short notice.

Such care can range from providing emergency assistance in disaster stricken regions to assisting locals as a part of a public relations campaign. In all of these cases, the animal care specialist will be working under the supervision of his or her officers and other veterinary care professionals.

An Army animal care specialist is known as a 68t military occupational specialty (MOS). In general, a soldier must be selected for this MOS, and that will depend on a number of factors including the following:

Training to be an Animal Care Specialist

If a soldier qualifies for this MOS, he or she must still complete the required training. This will start with 10 weeks of basic combat training, providing the soldier with the skills he or she will need to operate in the military and take part in combat operations if needed.

After that, the soldier will take 11 weeks of advanced individual training. This course will include the basic veterinary procedures that will allow the soldier to assist veterinarians in caring for military and private animals alike.

After completing his or her training, the soldier will then be deployed to an operational command. This may be either at a U.S. or foreign base, or as part of a field formation. Currently, a large number of military dog teams are active in Afghanistan, making this zone a common destination for animal care specialist deployments.

In addition, many civilian locations, such as American Embassy’s, may include provisions for security dogs, which will also require care from qualified animal care specialists.

The animal care specialist is a soldier first and foremost, which means that he or she may be deployed to an active combat zone. In such areas, the soldier will be expected to carry a weapon and participate in operations other than simply caring for animals.

These operations may include accompanying dog teams on patrols and other missions, standing guard, or taking part in regular combat operations. This is especially true due to the continuing military operations in Afghanistan and other regions. Anyone planning on joining the Army should understand that they may be called upon to participate in combat operations.

Army animal care specialists do not need to be licensed by local state agencies so long as they are working under the aegis of the United States Army. This includes providing care for the pets of civilian dependents, even if they themselves live off base.

However, once an animal care specialist has left the service, he or she cannot continue to practice without complying with the licensure requirements of the state where he or she currently resides.

In this case, the individual will still have to obtain additional education from an AVMA certified vet tech program, as well as passing the National Veterinary Technician Examination (VTNE). However, the student will benefit from his or her experience, and may be able to complete some courses by examination, rather than being forced to take the entire course. In addition, there are a variety of loan and grant programs for veterans that can help a former soldier complete a vet tech program without being forced to bear the program’s entire cost.

Finally, serving in the Army will provide the veteran with valuable experience in operating during periods of high tension.

Whether they have spent most of their time deployed to active combat zones or have spent their entire career in the United States, an animal care specialist is very capable of dealing with the typical pressure a veterinary technician will face. As such, most former animal care specialists will find the civilian vet tech licensure process quite easy to complete.